The Thrashers Chapter Comes to a Close

Share All sharing options for: The Thrashers Chapter Comes to a Close

If I were to sit down and write out the story of my life, the Atlanta Thrashers would occupy many many pages in my autobiography. So today marks a genuine transition point in my life (and probably the lives of many other fans whom I know).

I grew up in a cold part of the country but nobody in my family knew anything about hockey. When I was 15 our pond froze and sister and I received skates for Christmas. After learning to skate forward and backwards we became bored with doing laps. I made a crude goal out of left over 2x4 lumber and my father constructed some equally crude hockey sticks by ripping a 2x4s lengthwise. We quickly busted these home-made sticks and bought some real (wooden) hockey sticks. My love affair with hockey was off and running.

Soon I started listening to Red Wings games on the radio (we couldn't get the games on our TV in rural Michigan). Sometimes I'd be listening to the crackling AM radio as the sound quality would wax and wane hanging on every word to see if my team would manage to win or not. I adored the team's young captain and who had an oddly spelled name (Yzerman). For my high school graduation I received a Wings jersey and as my friends were offering their appreciation my two grandmothers were completely befuddled as to what the big deal was all about.

Two years later I joined my first indoor hockey league (in Jackson, MI) and I discovered this thing they call "the boards" which did not exist on my pond. To this day I still hate passing off the boards and my strong preference for trying to force tape-to-tape passes up the middle has been termed "the Matt pass" in my local league. I was the worst skater on my team, played wing, scored 4 goals. We won the Thursday Night League Championship. I was a very raw player but it was a great beginning.

I moved to Washington DC for several years and played for the Mt. Vernon Seals, we won our league championship my final year there in overtime (I scored two goals at D in the semi-final game!). Washington was my first chance to really attend NHL games. Tickets were affordable even on my meager salary at that time. I was so excited to buy my first 10 game NHL ticket package. I had terrific seats behind Jim Carey and Kolzig as Lindros, Jagr and Lafontaine bore down on a rookie Sergei Gonchar.

When I relocated to Atlanta for graduate school, it was tough no longer having the NHL where I lived, but the Thrashers franchise was awarded almost as soon as I arrived. I looked forward to the new team taking shape and poured over the players available in the Expansion Draft. I watched the very first game in team history at sports bar that doesn't even exist anymore (Jocks and Jills midtown). Kelly Buchberger and Patrik Stefan were on the top line. I was watching when they got their first win on the road against the Islanders and I was in the stands at Philips Arena when they got their first home win against Calgary Flames. I remember being woken to the news of the Heately car crash and teared up when Dan Snyder died.

The hockey varied been bad and terrible most of the time, but we were watching the NHL! It seemed that if we fans just stayed patient the high draft picks would result in superstar talent that was unobtainable in the free agent marketplace. The superstar talent arrived in 2002, I remember the first pre-season game when rookies Heately and Kovalchuk scored two goals apiece. It seemed that the future was very bright and the losing had been worth the wait.

After the lockout I became frustrated by the lack of coverage of the Thrashers. My friend Rich encouraged me to blog about the team and so I kicked off "Thrashers Talons" in 2006. It was unpolished and inconsistent but also fun and surprising. I remember being very excited when I broke 200 readers in single day! "Who are these people?" I thought. But more and more people found the site and I was cajoled by Jame Mirtle to jump over to SB Nation (which required re-naming the blog to BWA).

Writing really opened up some exciting doors. It turned out that I wasn't the only one hungry to read more on the Thrashers. NHL players and management read the blog and occasionally would drop me little nuggets of information. As a kid I dreamed of just being a season ticket holder, and here I was a STH, a writer and a few NHL people even talked to me--it was more than I could have ever imagined.

SB Nation opened the door for me to attend the NHL Draft in 2009 and 2010. In Montreal six of us team bloggers were sitting at an Italian restaurant. We happened to pick the exact place where the Thrashers were having their team pre-draft dinner upstairs. As the Atlanta management started to file out and GM Don Waddell came over to our blogger table to say "hello" to me--and the other bloggers' jaws all dropped that he even knew my name. One of the greatest things about the Thrashers being in Atlanta was that an ordinary person like myself could get involved with the franchise. It made living in Atlanta special.

But the promise of a bright future never arrived. The Thrashers defense remained porous the entire eleven years of their existence. Ownership basically spent the minimum in 9 of the 11 years and the roster was usually very thin on quality hockey players. Fans who were initially jazzed about the return of the NHL market took their wallets and went home, tired of paying thousands of dollars to watch a NHL team that didn't seem close to making the playoffs most years.

Hockey was the centerpiece of my social life. I attended nearly every single home game and watched all the road games on TV. I played on one team and then two in the local rec leagues. I became captain of first one team and then two. My spouse started playing hockey. Many of my best friends were either NHL hockey fans or local rec league players. These friendships were perhaps the best part of my hockey life.

And now the franchise is departing after 12 years and 11 seasons. It will leave a big hole in the lives of many fans. I have an entire room filled with Thrashers bobble heads, autographed pictures, media guides and signed sticks. It will be tough to look at that stuff come October. 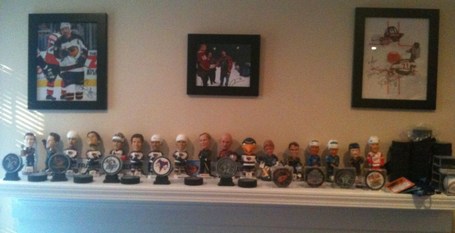 I'd like to make some brave declaration about how we NHL fans will stick together in some grand fellowship of the dispossessed--but that will not happen. We will all scatter and put our time and energy into other things--such is the nature of life. For myself this last year has marked a major transition point. The Thrashers era has come to a close. My marriage came to an end. I finally finished my Ph.D. at Emory after all this time. What is ahead is unknowable, but at least I have some other exciting career and personal opportunities to focus upon.

I'm not so sure about me and the NHL. Right now the NHL has left me for another city and I'm feeling a bit abandoned. One part of me wants to move to another NHL city right away, while another part thinks we need some time apart. While I may feel ambivalent about the NHL, I will always love hockey. I will still play on two or three teams simultaneously--as I have done for years now. I will keep on recruiting new people to the game and offer whatever encouragement I can offer. Life will go on, hockey will go on, but hockey in Atlanta will not be as special as it once was.

The Thrashers chapter has come to a close and other chapters await to be written. May each of you write boldly and write well.Thank you for reading over the years. 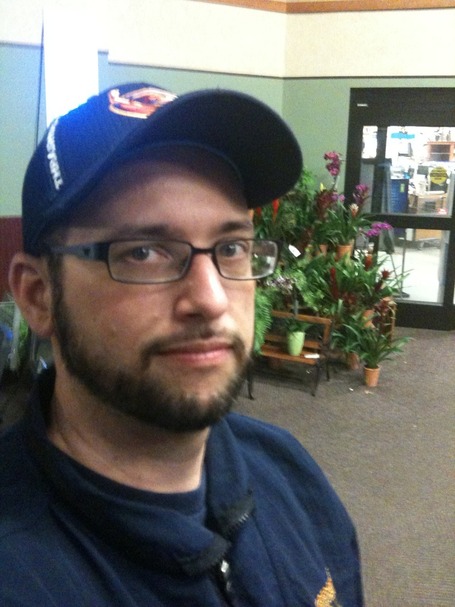