Share All sharing options for: Postgame: Thrashers Hold Off Panthers

Maybe two and a half days off was too much. The power play plans must be floating around South Beach somewhere, because it seems they weren't anywhere near the Thrashers bench. When you're given the gift of a five-minute power play in the first two minutes of the third period, you should probably be able to pot at least one goal, right? Right? The Thrashers' ineffectiveness with the extra man still didn't stop them from picking up two divisional points against Florida, thanks mostly to Ondrej Pavelec. And because you can get away with things like going 1 for 6 on the PP when you're playing a team in the nascent stages of a rebuild. But let's take a quick look at the standings: 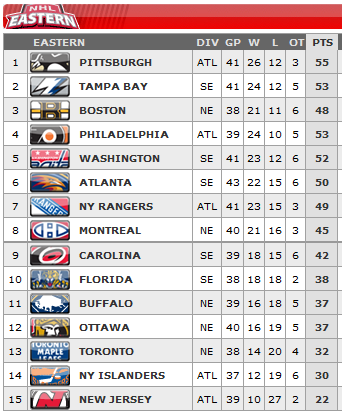 First of all, a reality check: who among us really thought the Thrashers would be five points out of first place at the season's midpoint? Any complaining from me should be marked with this particular asterisk. Now that doesn't make any of these power play struggles acceptable, but a little perspective is a healthy thing. The turnaround we've witnessed from last season to this has been pretty astounding, and it feels sometimes like asking for perfection. Not to mention the fact that a 25% PP percentage over the first 25 games means you'll have to pay the piper at some point.

Secondly, the Thrashers' 12-2-2 run from mid-November to mid-December led into a 2-4-1 mark coming into tonights ' game, all while playing about every other night. Long story short, I'd rather have the slide now, while there's time to recover, rather than a slide leading into the post-season. As far as the PP goes, other teams seemed to have figured out the Thrashers have some stud defenseman that puts the puck in the net pretty regularly. Not much different from when the Thrashers had some stud forward who put the puck in the net pretty regularly. Now the trick is to take some of this scoring by committee that has worked so well in even strength situations and transfer it to the man advantage.

The thing that can't stand is the third period siestas that seem to occur quite often. The busted five minute major in the third was a pretty good example. Up until that point, the Thrashers had done a great job of battling and digging pucks out of the corners - just generally looking like they wanted it more than the Panthers did. It's been said that a two goal lead is the toughest lead to maintain, and Atlanta proved that tonight. At one point, the Thrashers were outshooting the Panthers 6-0 in the third, only to see the Panthers roar back and outshoot them 16-11 in the period. Teams that go deep in the playoffs don't take their time off while on the ice.

But back to some happy thoughts.

Who's the big winner in the bar tonight?

Rich Peverley was your big offensive hero tonight, scoring two goals on eight shots, and coming that close to a hat trick a couple of times. On the other side of the ice: 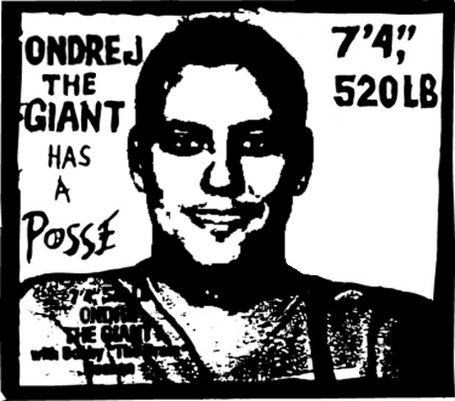 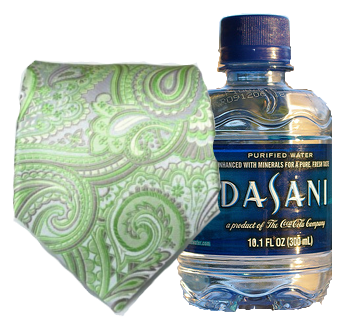