Like the computerized killing machine in "The Terminator" the Thrashers playoff chances have risen from the ashes to once again show some vital signs. Is this just a tease for the audience before they are finally extinguished? Or is this a case of genuine revival? 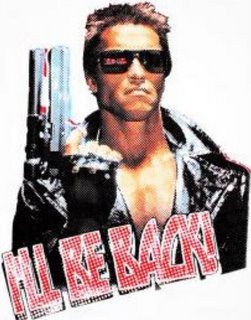 The Club Sports odds are back up to 18% which is about a 1 in 6 chance of making the post-season. The Flyers are in the midst of some goalie trouble but they are well ahead of the Bruins who currently occupy the 8th spot.

I think the odds of the Thrashers limiting their losses to just 3 the rest of the way are rather remote given their schedule. Atlanta can only qualify if the Bruins meltdown and the Rangers stay tepid. That's not a very likely scenario, but if you're looking to hang your hat on something--there you go.