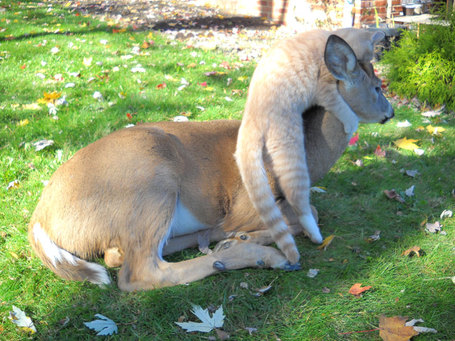 Thrashers got their 1st ever regulation win up in Minnesota last night. If you missed the game, it was yet another "heart in your throat" affair as the team's playoff chances hung in the balance. After blowing a 3-1 against the Avalanche, the Thrashers were desperate for points as their rivals begin to win their contests. The 2 point win puts their playoff odds at 38%--a loss would have dropped them down to just 25%.

Highlights of the win over the Wild included a standout performance by defenseman Pavel Kubina, who played almost half of the game (26+ minutes) and picked up 2 assists. He had a great defensive play to break up a dangerous rush and on several occasions used his big body to hold pucks in the offensive zone.

The Little-Antro-Bergfors line continued to be very good with crisp passing and good pressure. Bergfors continues to show some terrific hands. He reminds me a bit of Slava Kozlov in his prime in that he holds the puck to the last possible second and then makes a clean pass to spring a teammate. Bergfors ended up getting the game winner on a shot he placed just under the blocker side crossbar.

Other heroes included Armstrong who made a nice dish to Evander Kane who showed a NHL release as his one-timer beat Backstrom. Late in the third, Minnesota made a push to get the game tied. The referees basically put away the whistle and chose not to call a trip against Minnesota, then the Thrashers Kane got away with a hit on Minnesota's goalie--which also went uncalled--until Ron Hainsey scored into the half empty net and THEN the whistle came out. The refs never should have stopped calling penalties, but they realized they were going to get in trouble with their supervisor for letting that one go and changed the standard with just 2 minutes left in the period.

The Thrashers were then facing a 2 minute kill for the rest of the period--plus MIN could pull their goalie and make it a 2 skater advantage. But just 14 seconds into the PK, the Thrashers put forth a huge effort to clear the zone and Chris Thorburn was burning time off the clock deep in the Wild zone and a MIN player stupidly cross-checked him and refs called it to even up the man power--game over.

It was personal redemption for Chris Thorburn who made two mistakes on one shift which allowed MIN to tie the match. It was also team redemption for the Thrashers who really wilted in the last 10 minutes against Colorado. I remember Marty Reasoner, Ron Hainsey and Kubina working extremely hard to preserve the lead. Coach Anderson also shortened his bench at D and did not play Bogosian and Kulda the final 7 minutes while protecting the lead.

It was far from a perfect performance by the Thrashers. The Power Play looked poor at times and Todd White continues to play ahead of Evander Kane and Bergfors for some reason I cannot fathom. But they did what they had to do to win and the effort level was good throughout the contest. Rookie Arturs Kulda looked like a veteran in his first NHL game with a couple of quality hits and good positional defense. He looked better than Valabik in my opinion and if he plays like that every game, pencil him into your Opening Night line up for the 2010-11 season.

Tonight the Thrashers take on the Blackhawks. On paper, this is huge mis-match as the Hawks are favored by many to win the Stanley Cup playoffs and the Thrashers are scratching and clawing just to qualify for the post season. The Hawks are deep and talented. But the game is hugely important for Atlanta. A win pushes the Thrashers post-season odds up to 48% and a loss drops them down to 33%. Simply put, a 2 point win would be enormous for the club's playoff aspirations.

Hopefully, the Hawks will be looking ahead to the Olympic break and the Thrashers might be able to sneak up on them. The Thrashers best hope of victory is to play in the other team's end and keep the Chicago offense bottled up. Since the Kovalchuk trade the Thrashers have done much better in keeping the shot ratio competitive. In the post Kovy Era they are winning the shot battle 139-133 which is a big improvement.

Head over to Second City Hockey for their gamethread/preview.