Share All sharing options for: Pre-NHL Draft: Scenes from the Bell Centre

SB NATION brings you a photojournalism look at pre-draft look.

Autograph seekers are manning the barricades outside of the hotels. What is your estimate of the elapsed time until they appear on Ebay? 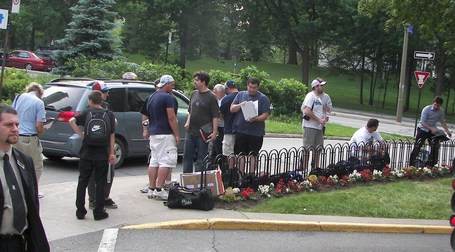 They track down Evander Kane as he exits the building 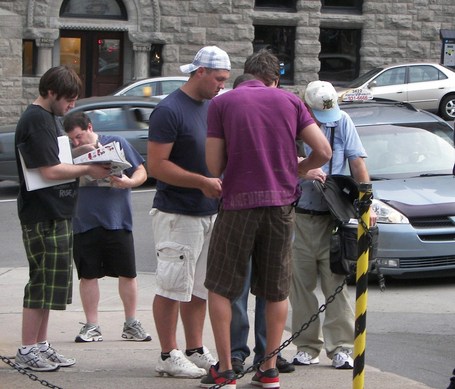 Only something as hopefilled as the NHL Draft could induce love between a Rangers fan and a Canadiens fan (Note the shock and horror from the Panthers fan). 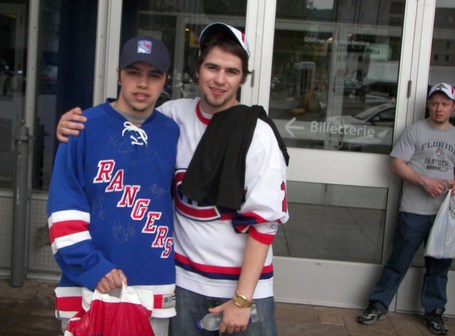 The staff at the Bell Centre goes all out in preparation for the big day. Montreal legend Howie Morenz even gets his bronze "parts"...uh..."waxed"...in the morning. 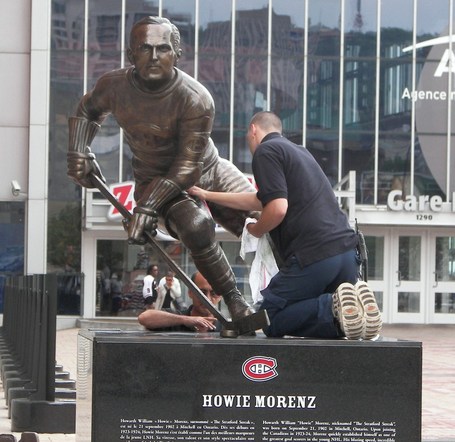 Inside we see the Interview Row. Hopefull the Thrashers placement between two well drafting franchise like the San Jose Sharks and Buffalo Sabres is an omen of good luck today. 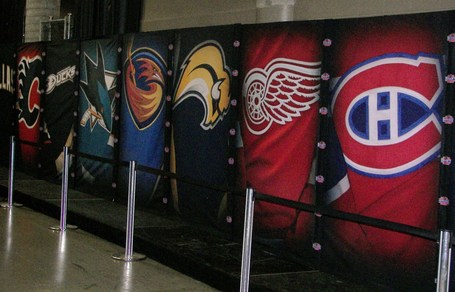 The view from my goalie crease press row seat. 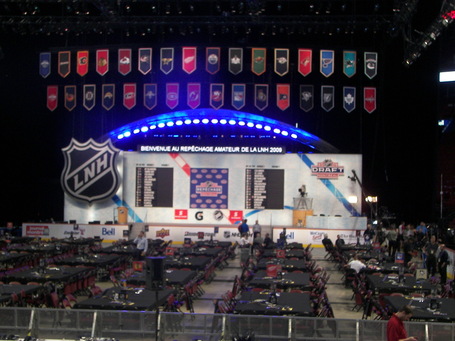 Looks like some Fraco-phone rearranged the letters on the NHL crest well Gary Bettman stepped out. (in my 20+ years of following the NHL this is the first time I can remember ever seeing this.) 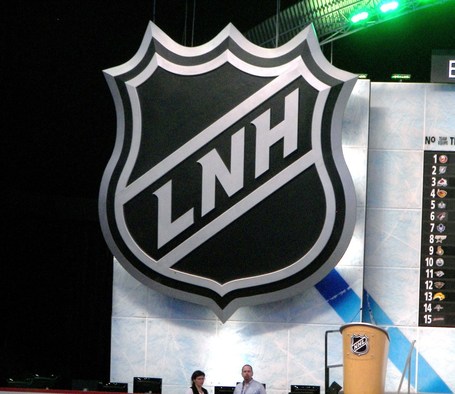 And the most important chart in the building right now, waiting to be filled out. 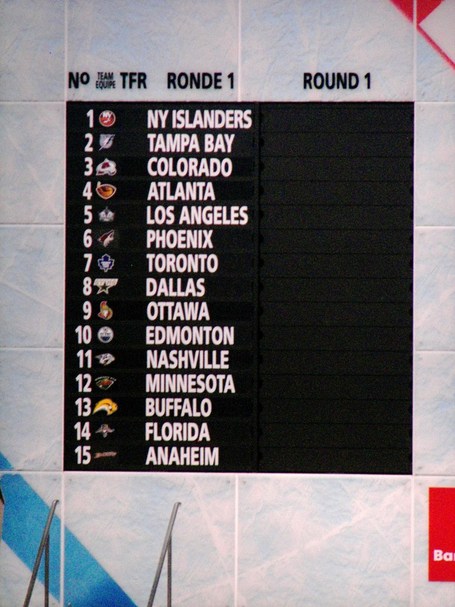