I've arrived here in Montreal and due to a late departing Delta flight missed the first half of the media lunch with top prospects. However, I did arrive in time to see the top six guys introduced and Pierre McGuire drooled over them while asking them question with a microphone in hand. After "The Dick Vitale of the NHL" finished sucking up, they allowed everyone to scatter around and talk to whomever they wanted to. I will give the NHL full marks for a snazzy production set up, here is Kane's empty seating with spotlight. 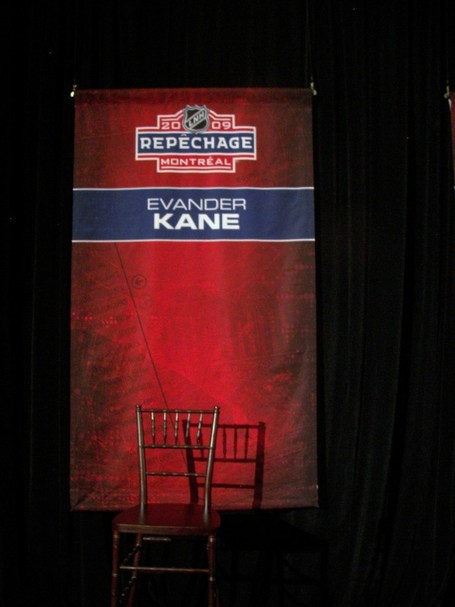 I went to Brayden Schenn first. The Toronto media asked every possible Schenn brothers question imaginable and then I got to ask how heavily Atlanta had been following him. He said they had an extended interview earlier and then again last night. 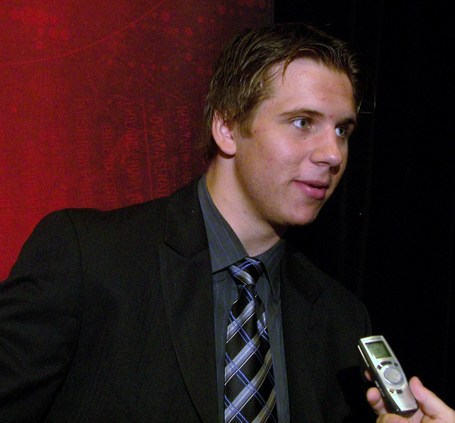 Then I headed over to talk to Evander Kane, when I asked him how often he had talked to the Thrashers he said "three times during the season, twice since the season ended." If I were a gambling man I would be going "all in" and bet that Atlanta takes Kane if they retain the pick nobody in the top 3 does anything shocking.

Kane was asked bout 4 times how he feels about going to Atlanta, looks like he better get used to answering that question. I asked him if he has ever closed his eyes and imagined lining up for a faceoff with Ilya Kovalchuk and said that he tried not to get to far ahead of himself--a prudent answer--but hopefully he thinks about it while waiting for the hours to pass until Friday night. 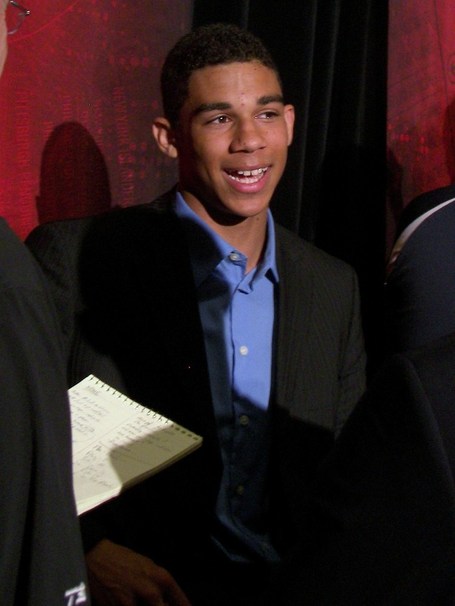 Below is a picture of about $20 million worth of hockey talent. The best 18 year old hockey players in the world.

Did I mention that Hedman absolute LOOMS over everyone. Like Pronger it is a freak of nature that anyone that big could skate so well. 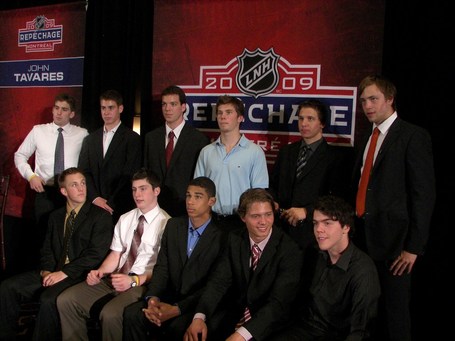 It is super hot here (80 degrees). What is the world coming to when you can't escape the heat by going to Canada!