So today is the final day of the round robin format and my final day here in Fargo/Moorhead.After this every team gets a day off and then the playoff rounds start. These games are important for seeding purposes--but even more important in terms of building momentum and gaining confidence going into the medal rounds. 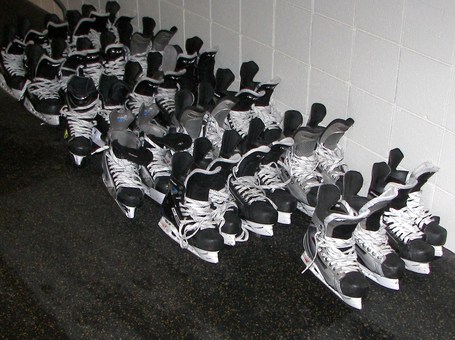 This day features the most exciting team games so far in the tournament. At 4:00 (local time, 3 EST) we have the clash of the highly flying Team Sweden versus the always strong Team Canada.You can watch the games today on your computer via the website www.FASThockey.com for a nominal fee. The Fasthockey site is carrying all the U-18 games and they are archived so you can go back and watch previous games. If you live in Canada the SWE/CAN game will be carried on TSN. 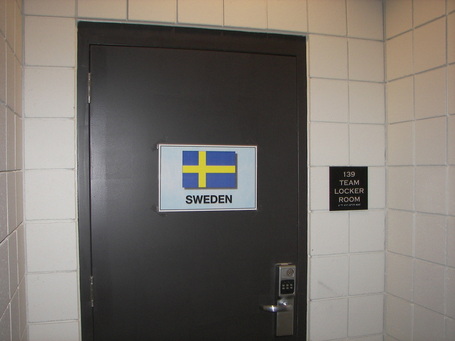 Team Canada only brought out their back up goalie for warm ups so this is my only picture for them. Canada probably has the bigger chip on their shoulder after a close call against the Czechs, while the Swedes have had nothing but success so far.

Team Sweden had a light game day skate and their head coach was kind enough to talk to us after that. Sweden has dominated most of their games and their coach appeared to be fairly pleased with their games so far. 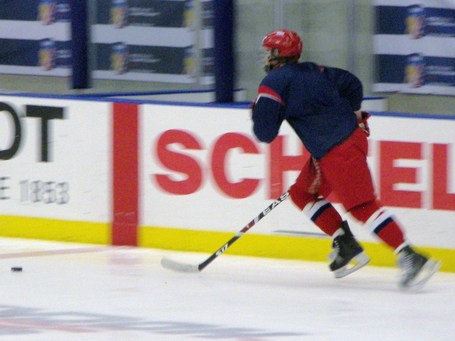 The second matchup features Team USA versus Team Russia. Here again we have the home team (USA) with nothing but big wins so far. The Russia team is younger as many of their best players are just 16 right now. The Russians probably have more motivation to win this particular game, but the USA will be looking to please Team USA officials, their families and the partisan home crowd. (One thing that has surprised me so far is just how Canadian fans there have been in the stands considering that we are not that far from the border.) 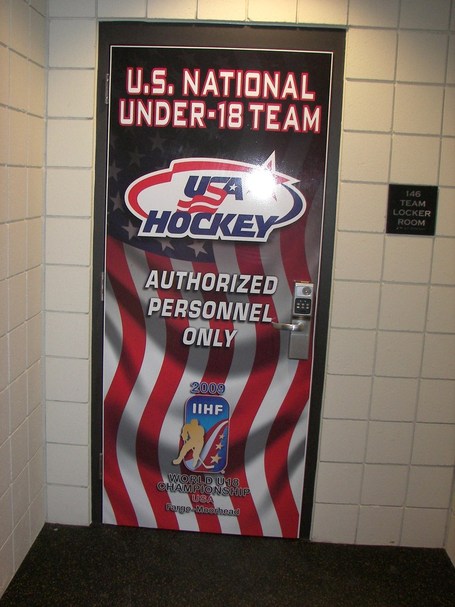 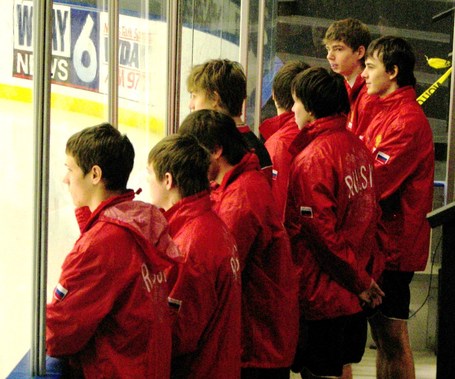 The Russian Team had an uptempo practice while the North Americans just had their goalies work out. Then at the end on Russian player came back out in his shower sandals--nothing like some sandal hockey, eh? 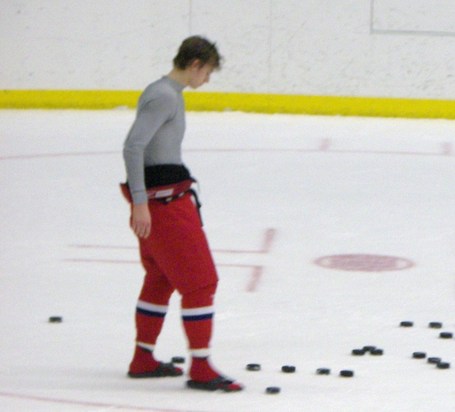