Share All sharing options for: Toni Rajala Interview at World U-18 Championships

Toni Rajala was named one of the two "players of the game" after Team Finland's opening day win over Team Russia. Rajala posted four points (2 goals and 2 assists). What impressed me most was his ability to find open ice and get free of Russian defenders.

I had the opportunity to speak to Rajala after the contest. His teammate Erik Haula provided some translation help (Haula is attending Shattuck-St. Marys in the USA and he speaks English like a native). 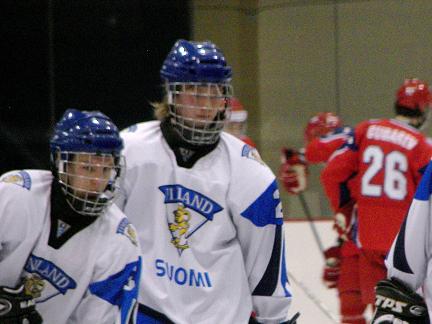 BWA: You were named best player of the game. Is this a perfect start for you?

Rajala: Yes, it was perfect. We have a very good [start as a] team, we were skating hard--and our goalkeeper was good.

Rajala (translated by Haula): He thinks that it was really important that it became a physical game. That got us into the game early. They took those penalties at the start and it got us going. We had some guys who were a little bit nervous, but it got better in the end.

BWA:  This year you played 21 games in the top Finnish league. Did your coach there give you any special team responsibilities on the power play or penalty kill?

BWA: For fans who have never seen you play, can you compare your style to a Finnish NHLer or any NHL player?

BWA: You played with an American Troy Milam, did he give you any hints about America? [Troy Milam played for the Thrashers ECHL affiliate the Gwinnett Gladiators.]

Rajala: (laughs) Yes. he's a good guy, he taught me a lot about English and America.

BWA: Do they still call him "Milo"

Rajala: No, he is "Troy" He is very funny, a good team player.

BWA: Have any NHL teams interviewed you so far?

BWA: Do you plan to come over for the NHL draft this summer?

Rajala: Yes, I think so.

BWA: Are you excited to come over and play in North America?

Rajala: I don't know yet.

BWA: Was it special to beat Russia?

Rajala: Yes, very much. Russia is next door.

BWA: Which is better beating Sweden or Russia.

Rajala and Haula: Sweden! (no hesitation)

Haula: We have had wars with Russia.

Hockeys Future Reporter: Team Sweden was clapping when you scored against Russia.

Rajala and Haula: Wow! (both seemed surprised by this) 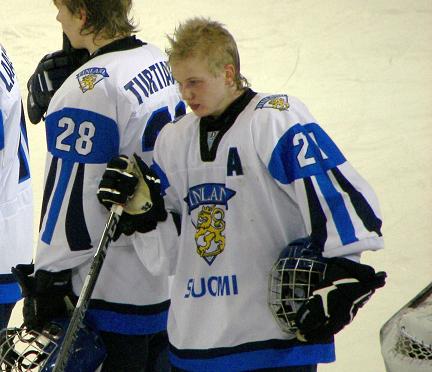