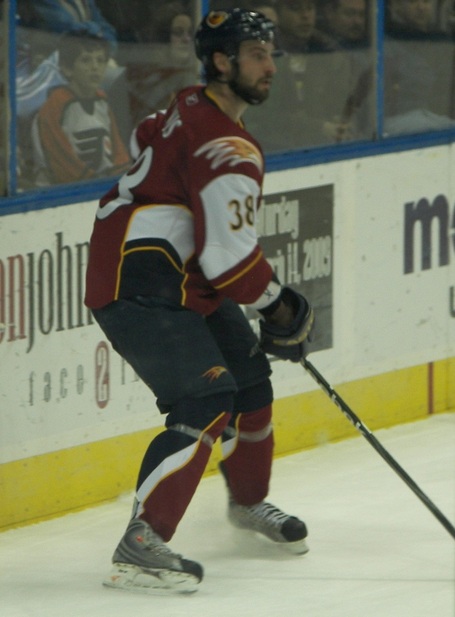 I should probably begin by admitting from that when it comes to Grant Lewis I'm a big fan. For the most part I root for the crest on the jersey and not so much individual players, but Lewis is one of the guys I will root for even if he ends up in another organization.

I've watched him at various Prospects Camps, at NHL Camp in the fall and in AHL games playing for the Chicago Wolves. He's always struck me as having the essential requirements for a good NHL defenseman. He has a nice fluid stride, a good sized frame, solid pucks skills and decent shot.

Lewis is from the greater Pittsburgh era and grew up watching the Lemieux era Penguins teams. He went on to play college hockey at Darmouth where he played with current NHLer Lee Stempniak.

The last two seasons in college Grant missed a number of games with injuries. College players who stay for four years (as Grant did) are a bit older when they turn pro and they really need to play consistently to sand off the rough edges and reach professional level of play. Lewis' progress has been slowly by injuries in the AHL as well.

With Chicago Lewis has shown a nice all around skill set and is used on both the PK and PP. His +17 was tops on the Wolves when he was called up this season and last season he finished +16 which put him in a tie for 4th best on the team.

Playing in your first NHL game is a big milestone for every professional hockey player and their family. Many players are supported by Hockey Moms and Hockey Dads who arrange their schedule and drive long distances to see their children play. Two years ago I had a long talk with a member of Grant's family up in Chicago and I hope his family were able to make the trip to Atlanta to see this game.

“Word got around,” he said. “Pretty much the whole school of Dartmouth and the city of Pittsburgh. I answered a lot of calls today.”

I was trying to get some pictures of his first NHL game, so I might have missed some of the action, but it seemed to me he played pretty well. He had a couple of turnovers, but they were in the offensive zone and not costly. He was on the ice for the goal Florida scored 4-on-4 but on the replay it looked to me like it was Hainsey's man who scored. After the game Goalie Kari Lehtonen was very complimentary of Lews “He didn’t look like he was playing his first game, more like his 300th.” 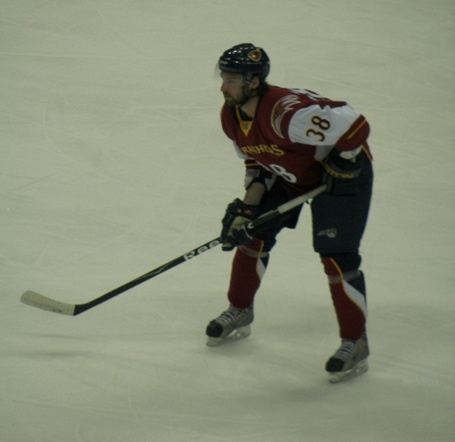