Share All sharing options for: Is Rich Peverley the New Mike Richards? 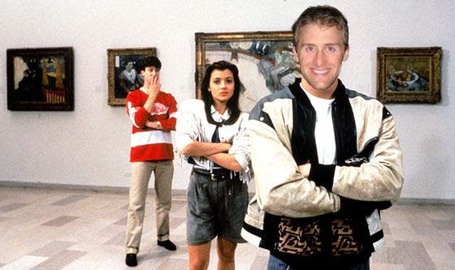 credit: Aaron for the great picture :)

Rich Peverley has exploded into the NHL consciousness in the last 11 months since the Atlanta Thrashers picked him up off of waivers. Thrasher fans watched in awe as he piled up nearly a point per game in the 2nd half of last season. But the rest of the NHL, didn't really catch on to this new star until the beginning of this season. Peverley has managed to keep right on scoring with the new season. And in the absence of Captain Kovalchuk, he has emerged as the top offensive threat. In the recent game versus Montreal, the RDS broadcasters couldn't stop talking about him.

Peverley's sudden arrival even prompted one poster on Hockey's Future to wonder if Rich Peverley is the New Mike Richards? Opinions vary widely, of course. But the Thread did produce this particular gem: "The Ascent of Rich Peverley" 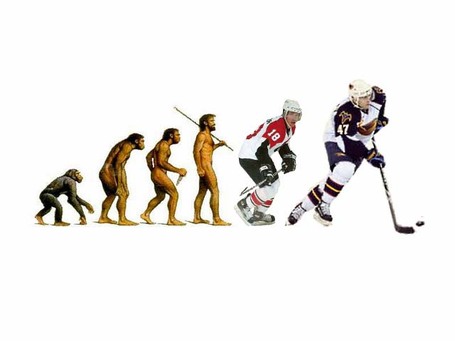 Recently the Atlanta Thrashers and Peverley agreed to a 2 year contract extension. The price was $2.6 million total for an annual cap hit of $1.3 million each year. This signing is good news all around. Thrasher fans see the team lock in a key addition from last season. The Thrashers organization can count on having a skilled forward for a reasonable price. Rich Peverley gains financial security and protects against the worst case scenario--that he suffers a career ending injury.

Another story line in the Rich Peverley re-signing is some degree of uncertainty. For both the Thrashers and the rest of the NHL, it is hard to know exactly what sort of NHL career he will have. On the one hand, Peverley has done nothing but consistently score points while in a Thrashers uniform. In 45 games with Atlanta, he has 43 points (for a  .96 Points-Per-Game average). On the other hand, in the 73 games he played with Predators, RP had just 20 points for a .27 Points-Per-Game average. That is a HUGE difference. Now if Rich Peverley is really a point per game NHL player, then he is an enormous gain for the Thrashers much like the trade for Marc Savard. But he played nearly twice as many NHL games in Nashville and did not have the same level of success--so which guy is the real Rich Peverley?

Let's take a look at Peverley's career hockey numbers. First, we should note that all 30 teams passed on Peverley in his draft eligible year. He was not signed by a NHL team until he was 24 in 2007. Ergo he was not a hot commodity early on. However, if you look at his college numbers, he very quickly became a good scorer. In fact, by the age of 19 he was nearly a point-per-game player. The most important part of the previous sentence is not the "point-per-game" part, it is the "age 19" part. There are many people who rack up points in college hockey when they are 22 years old, but very few people do it at age 19. Guys who bust out early are much more likely to make the NHL later. Peverley increased scoring again in his junior year and then fell back a bit in his senior season.

After college no NHL offered him a contract. My guess is that scouts saw him as just another college set up guy who lacked big size or a blazing shot, and they probably discounted the big point totals "because he was in a weaker conference." In fact, Peverley had to start off in the ECHL--two levels down from the NHL. His first season in the "E" was strong and in his 2nd season he pushed his PPG to 1.36 and got a look at the AHL level where he put up a very solid .71 PPG in his rookie season.  He showed improvement in his 2nd AHL season (1.03 PPG) and further improvement in his 3rd (1.20 PPG).

In his age 24 and age 25 seasons he played in a number of NHL games with Nashville but did not show much scoring flair while being used in a checking line role. At age 26 he again showed a modest scoring touch (.33 PPG) with the Predators. Peverley was caught up in a numbers crunch in Nashville and because of his age had to be exposed to waivers before returning to the AHL--and Atlanta claimed him. His play with the Thrashers was very impressive as he averaged nearly a point per game during the team's 2nd half run of competitive NHL hockey.

Conclusion: So what do we make of Mr. Peverley? He is not especially large (by NHL standards) or lightning quick, his shot is not a rocket--but yet all he does is pile up points in a Thrashers jersey. He has great hands which translate into accurate shots in tight around the net and perfect passes while under pressure in the offensive zone. But his best attribute is above-average hockey sense. He puts himself in good spots on the ice and he knows how to exploit his great hands to create the maximum time and space for himself on the ice (much like Slava Kozlov in that respect).

What should we expect from him over the rest of this season and the two after that? From a purely statistical point of view, fans probably shouldn't expect him to average a point per game in the NHL. The typical pattern for most players is that in the NHL they average about half their production in the AHL. Peverley was a .95 PPG guy in the AHL so that forecasts him as a .47 PPG NHLer.

On the other hand, one thing that really stands out is that Peverley is that he consistently improves with time. If you look at his college career, he improved his output three straight years; same thing for his time in the AHL. Even in the NHL his PPG progression looks like this: .08, .30, .33, .90, 1.33 each season or partial season is better than the previous one.