Veni, Vidi, Vinci: Can the Thrashers go Caesar on the Senators

Share All sharing options for: Veni, Vidi, Vinci: Can the Thrashers go Caesar on the Senators 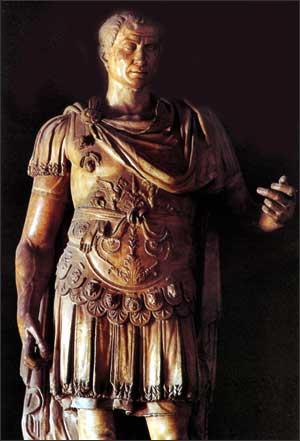 In 49 B.C. Julius Caesar defied the Roman Senate and crossed the Rubicon River in northern Italy with his army. Caesar was locked in a battle with the Roman Senate and his actions would precipitate yet another civil war. Caesar was a bad ass military commander, who was also a pretty good writer. He wrote of his triumph over Gaul with the simple series of words "Veni, Vidi, Vinci" which translates as "I came, I saw, I was victorious"--only shorter in Latin.

These are all questions to be answered today.

I know that the panic level among some fans is pretty high post-Kovalchuk injury. Personally, I think this team can score and win in his absence--but it will require a high level of focus each night. Lately, we have only seen that intensity in the third period after the team has falling behind. In the last three games combined the Thrashers were outscored 6-2 in the first, 6-2 in the second, but rallied to win the third 6-1.

Another factor in the Thrashers favor is that they get a break from facing elite teams like the Capitals and Sharks. When the NHL schedule first came out, I was very concerned about October. The month started off with a lot of road games against playoff caliber teams, then the club returned home three games against two VERY good teams. With that schedule, ending the month of October with a .500 record would be an accomplishment. November has a much friendlier schedule with many home games and just three games against teams that had home ice in the playoffs (top 8 in the NHL).

Getting a win against the Senators would allow them to finish up the first month 5-4-1 which would keep them in contention. (For more on the state of the Senators check out Silver Seven.)